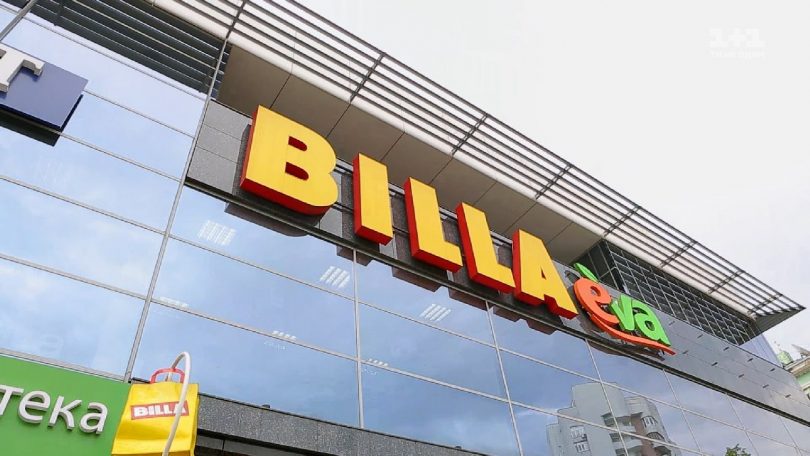 Big sale: BILLA sells its stores in the regions

For sale are objects BILLA in the Dnepr, Kremenchug, Nikopol, Kramatorsk, Odessa and Kherson.

The Austrian REWE Group – the BILLA Ukraine Ukrainian division – is actively seeking customers for nine its stores in country six cities, as it became known to RAU. Most likely, BILLA decided to focus on development in the capital and the satellite-cities. This is confirmed by the recently officially confirmed retailer’s sale of its store in Zaporozhye – an object with ​​more than 4,000 sq. m. square  appears in the square sale list, which is available to the RAU. Total BILLA is ready to part with 28,000 sq. m., of which 4,000″squares” – a store in Zaporozhye – has already found a new owner. Buyers are asking prices to the rest so far, and the Austrian retailer is in no hurry.

The research company GT Partners director Igor Guglia notes that BILLA entered Ukraine in the early 2000’s, opening its first stores in Kiev, Kharkov and the Dnepr. The chain reached its greatest development in the crisis 2014 year, when its stores number reached 39, and they were presented in 16 cities in 9 country regions. Since then, the Austrian retailer supermarkets number has been gradually decreasing.

BILLA closed facilities in Sumy, Kamensk, Mariupol and Obukhov without unnecessary noise for two years. And only leaving the Kharkov market attracted an attention lot. The chain in mid-2017 announced after confirming two supermarkets sale in Kharkov at last year end that it was leaving Zaporozhye. However, the sale objects list is much more extensive.

The news about the BILLA stores number closure in the regions could become surprises for consumers, but not for participants and market experts: the rumors about the retailer work curtailment in the regions have been going on for a long time. “It became known just a little less than a year ago about a change in plans for the company presence in all major Ukrainian regions”, – says Alexei Doroshenko, the Trade Chain Suppliers Ukrainian Association general director.– The transactions part on selling stores to local players has already been completed. This was not a surprise, based on the fact that none of the competitors felt the Austrian chain presence in local markets”.

Other experts are less categorical, but they also tend to think that the Ukrainian REWE Group division is preparing to leave from a local markets number. The company Cushman&Wakefield Capital Markets department head in Ukraine Vladimir Mysak says: – “The BILLA stores most are owned by the company, it’s probably most about selling retail real estate. The buyer can make any national or local chain”.

There are several main reasons why the Austrians decided not to work in the regions. Igor Guglia draws attention to the first: “BILLA managed to take off the best “cream” ten years ago, when the modern retail market in Ukraine was at its development initial stage. But the leading domestic traders have since methodically increased its positions, including winning a market share from foreign operators. “Accordingly, increased competition with the FMCG-segment Ukrainian leaders, such as ATB and Fozzy Group, pushed REWE either to invest considerable money in the marketing and promotion, or to refuse to fight with the national operators.

Alexei Doroshenko mentions about this same as the second reason for the BILLA leaving some areas. “The Austrians led a conservative strategy aimed at obtaining a low but stable profit. Therefore, for me, in the early 2000’s, the question arose about the company presence expediency in a regions number”, – says Alexei.

The third reason why the company could reconsider its development strategy in Ukraine is the global difference in effective demand between the capital region residents and other regions.

But, it seems, REWE could not solve the main problem: logistics. Too large a presence in the regions, including outside the regional centers, with the supplies centralization extremely complicated the peripheral supermarkets provision with goods. It says in this assumption favor, that BILLA has left in its ownership only stores in the metropolitan region and in Zhytomyr, whose prospects, however, remain unclear. Igor Guglia also defends this view point: – “All BILLA stores closure in the Ukrainian regions is largely connected with logistics: fully supplying a stores small number in such remote cities turned out to be an impossible task for the chain”.

Will the Austrian group retreat to Kiev and the surrounding area be a preliminary stage for the final leaving the Ukrainian market? The expert’s opinions differed. Ekaterina Vesna, the Department Retail Space Company JLL head in Ukraine, notes that for the past several years BILLA has been focusing on the capital and is requesting premises only in Kiev and satellite cities. “We do not expect the leaving chain Ukraine”, – Catherine briefly replayed in the RAU commentary.

Alexei Doroshenko, on the contrary, admits that after the less-active assets part selling, the group decides to sell more profitable facilities in Kiev.

Igor Guglia does not exclude any of the two possible scenarios. “In general, it is too early to make final conclusions about the BILLA future prospects in Ukraine. Whether the chain regional branches will be only the so-called “unpopular” reforms before the further development, or it is the first call before the final leaving Ukraine – time will show”, –  the expert sums up.